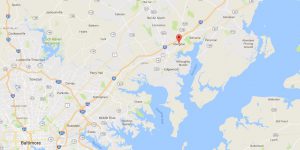 Abingdon, MD, is located in Harford County, Maryland. It is 25 miles northeast of Baltimore, and encompasses most of the area between exits 77 and 80 of Interstate 95. Abingdon is also only 78 miles southwest of Philadelphia, making it an ideal midpoint between two large metropolitan areas. Abingdon is an unincorporated community, but it is still a distinct community with a small town feel. It is an excellent place to stop for the night when you are on your way south to Baltimore and Washington, or north to Philadelphia. It is also a good place to look if you are searching for a home in the region that makes it possible to commute to one of the larger cities while enjoying the peace and quiet of a more suburban area. Most people get to Abingdon by taking I-95, but you can also access the area by taking the Veterans Memorial Highway (highway 24) south off of US Route 1. Traffic is usually fairly light in the area, so you can easily explore without getting stuck.

Abingdon has a population of approximately 31,000 people. The vast majority of people live in single-family homes. The median family income in Abingdon is 90,000 dollars; it is a fairly affluent, quiet community. 76 percent of the population is identified as white, while 11 percent are African American and 5 percent are Hispanic. Only 6 percent of Abingdon residents are foreign-born. 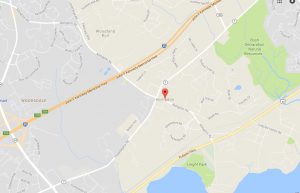 Schools in Abingdon are under the jurisdiction of the Harford County Board of Education. Younger children in Abingdon attend William S. James Elementary School or Abingdon Elementary School. Older children usually attend Edgewood High School in nearby Edgewood. This is a highly rated school with excellent SAT scores and statewide test results. If you are looking for a good place to raise a family in Maryland, Abingdon could be an excellent choice.

Abingdon can be roughly divided into several distinct neighborhoods. The Lou Mar estates area is a large housing development in the Northeast. Houses are more expensive here, but it is certainly a beautiful area to live. The area between Emmorton Road and Saint Mary’s Church Road directly to the west of Lou Mar estates, and features many classic row houses and smaller dwellings. Abingdon Town Center is the area south of the I-95. Most of the homes here were built after 1970, but it still has a charming, rustic feel. The Winters Run Road area and the Wheel Road area are on the west side of Abingdon. These areas are similar to Saint Mary’s Church Road, with many row-houses and attached homes. The Constant Friendship and Norris Corner areas can be found in roughly the center of Abingdon. These neighborhoods feature more affordable homes but can be considered slightly less safe than the others. If you are looking for a smaller apartment in the area, these are the neighborhoods to look in. On the whole, Abingdon can be considered one of the safest communities in Maryland, with very little violent crime to report.

Next -> History of Abingdon, MD

5 thoughts on “Overview of Abingdon, MD”