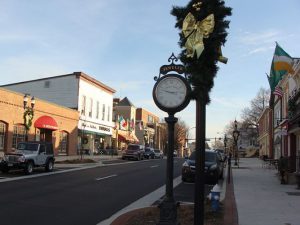 Today, Bel Air, Maryland holds the county seat of Harford County with a modest population of 10,120 according to the 2010 U.S. Census. While the quaint town has earned its slogan ‘The Heart of Harford’ with its entertainment, shopping, and recreation opportunities, it wasn’t always the bustling scene that you see today. Since its incorporation as a town in the 18th century, Bel Air has grown substantially while continuing to preserve its heritage. Learn more about the history of Bel Air, MD and how it came to be the center for educational, commercial governmental, medical, and cultural institutions.

The town of “Belle Aire” was originally designated the county seat of Harford County in March 1782. It wasn’t until the turn of the 20th century that the “e” and the “l” were dropped from the town name. Just a few short years later, a second “e” was dropped to create the shortened name ‘Bel Air’. In 1874, the town’s incorporation became effective. The town’s history dates back even before this incorporation. Bel Air was actually part of a land grant that was issued in 1731 to Daniel Scott. Back then, the town was known as “Scott’s Old Fields”. 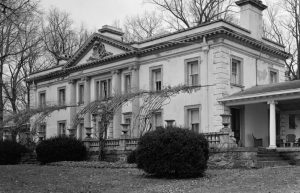 The town started with just 42 lots along Main Street with the county jail, sheriff’s house, and Court House in the center. By 1865, the population had slowly grown to more than 200 residents. Following the civil war, the population grew more rapidly due to the introduction of the canning industry and the development of the Ma & Pa railroad. Several financial businesses opened in Bel Air which also helped to jumpstart the town’s population. Bel Air began with just two sides of Main Street in the late 18th century and gradually saw land and building development that continues to this day.

One of the most notable events in Bel Air’s history is the series of fires that erupted, causing millions of dollars in damages. The first of several fires occurred in the early 20th century. In 1900 and 1942, several fires swept through downtown Bel Air. In 1972, another fire struck the east side of Main Street, causing substantial damage. In the 1950s, the town is remembered for having hosted horse racing at the Bel Air Racetrack. The 100-acre site, originally plotted in 1870, flourished well into the 1940s. After its owner died in 1958, the track closed. Today the property is the site of the Harford Mall.

Bel Air is known today for its clean neighborhoods, excellent schools, and interesting historic district that appeals to both locals and non-locals alike. In the town’s Arts and Entertainment District, artists, government, businesses, and cultural organizations all come together to create a thriving arts community spaced out over 99 acres. In the A&E District, you’ll discover art galleries, concerts, festivals, theater, and cultural events for all ages. What’s even more interesting than Bel Air’s historic past is how it will grow and develop in the future.