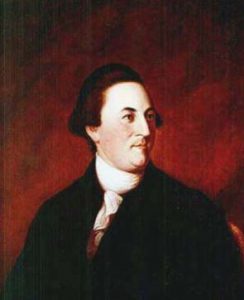 Abingdon, Md is a quiet residential community made up of houses that were mostly built in the 1970’s or later. However, the original town has a long and interesting history. Abingdon was first established by the Paca family in 1779. The old Paca family seat was known as Chilbery Hall, and it was from here that John Paca worked to lay out the lots of the original town. Paca Street ran north to south, and Washington street ran east to west. The town was named after Abingdon, England. John Paca’s son, William, would go on to become probably the most famous of the town’s citizens. William Paca was born in Abingdon in 1740. He went to Annapolis, Maryland to study law, and was elected to the Maryland Legislature in 1771. In 1779 he became Chief Justice of Maryland, and in 1782 he was elected Governor of Maryland. As a representative of Maryland, he was a signatory to the United States Declaration of Independence.

In colonial times, Abingdon was a thriving small town. Several prominent nearby landowners, including Aquila Hall, George Bradford, and Richard Dallam, would go on to achieve fame during the American Revolution. The town was home to numerous small businesses, including silversmiths, a gunsmith, and cabinet-makers. Abingdon has the distinction of being the first town in the county to have a published newspaper. The Abingdon Patriot was established in 1805 by Daniel P Ruff. It was a small weekly publication that kept the people of the community informed about local and national news. Abingdon was also home to one of the first silk hat factories in America.

Cokesbury College, the first Methodist College in the United States, was established in Abingdon in 1787. The college was founded by Thomas Coke and Francis Ashbury, two of the first ordained Methodist bishops in America. In 1794 the college was granted a charter by the State of Maryland, but in 1795 the building burnt down. A new building for the college was found in Baltimore, but that building burned in 1796 and the college ceased to exist. There was a chapel at the site of the original college in Abingdon that survived the first fire, but in 1896, it also burned to the ground. A new church was immediately erected on the foundation of the old one, and it still stands today. The Cokesbury Memorial United Methodist Church can be found at 1302 Cokesbury Road in Abingdon.

There are two historic homes of note in Abingdon. Woodside, found at 400 Singer Road, is listed on the National Register of Historic Places. It was built in 1823 by Joshua Wilson, and is a fine example of the Federal style hall and double parlor house plan. Throughout the home, there are numerous examples of high caliber stone and woodwork. The Nelson-Reardon-Kennard House, found at 3604 Philadelphia Road, was first built in 1785, with a second section added in 1888. It is the oldest known frame dwelling in Harford County.

Next -> Going Out in Abingdon, MD