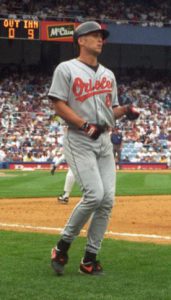 Though Aberdeen, MD is a smaller city, a surprising number of people born and raised here have gone on to do great things and achieve fame and recognition across the country. It is hard to say what caused this little city to produce so many outstanding citizens, but we can say for certain that Aberdeen, MD is extremely proud of the men and women who have left here and gone on to achieve excellence in a variety of professions. This is merely a selection of the famous people who grew up in or lived in Aberdeen.

Cal Ripken Jr, one of the most beloved players in the history of Major League Baseball, was born in Aberdeen and attended Aberdeen High School. Though he would go on to achieve fame as a shortstop, in high school Ripken often played pitcher. In his senior year, he struck out 17 batters in the deciding game to give Aberdeen High School the state championship. He would go on to a storied career in the Major Leagues that saw him make the all star team 19 times and set numerous records. By far the most famous of his records was set in 1995, when he broke Lou Gehrig’s record of 2,130 consecutive games played. He also won the American League Most Valuable Player Award in both 1983 and 1991. Ripken was admired by fans for his excellent play on the field, but he became beloved because of his upstanding character, his charity work, and his humility. Cal’s brother, Billy Ripken, was also born and raised in Aberdeen, and also went on to play in the major leagues. The two brothers played together for the Baltimore Orioles from 1987 to 1992. Cal Ripken would go on to become part owner of the Aberdeen IronBirds, the local single A baseball team that still plays at a stadium named in his honor. 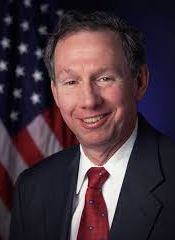 Aberdeen has produced several other professional athletes across multiple sports. Gary Neal attended Aberdeen High School and would go on to play in the National Basketball Association for nine years. E.J. Henderson and Erin Henderson, two brothers from Aberdeen, had successful careers in the NFL. Two United States Congressmen have hailed from Aberdeen. William Benjamin Baker served in Congress from 1895 to 1901, and Linwood Clarke served from 1929 to 1931.

Another distinguished former Aberdeen resident excelled in a far different field. Michael D. Griffin was born in Aberdeen in 1949. He would go on to attain seven academic degrees, specializing in Aerospace Engineering. He became the head of the Space Department at the Johns Hopkins University Applied Physics Laboratory, and was then nominated to be the Administrator of NASA. While working for NASA, Griffin helped to establish plans for the future of humans in space, stating that one of the primary purposes of human flights to space should be to achieve human settlement within the solar system and beyond. He was included in Time Magazines 2007 list of the 100 most influential people.