Bel Air, Maryland has strong historic roots that make it an interesting place to live and visit. Here we’ve compiled a list of interesting facts about the town in Harford County.

Bel Air Was Once Known as ‘Scott’s Old Fields’

In 1731, Daniel Scott was gifted a large area of land that he called ‘Scott’s Old Fields’. Later in 1780, Daniel’s son Aquilla Scott inherited a portion of land that is the present day territory of Bel Air. Since then, this area of Bel Air has been owned by the Scott family. It wasn’t until 1784 that the territory experienced rapid growth and was renamed Belle Aire, and later in 1798, its shortened name of Bel Air.

The Ma and Pa Railroad Ran Through Town 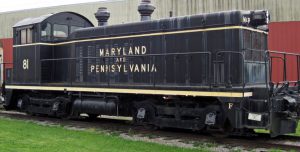 In the mid-20th century, the Maryland and Pennsylvania Railroad, otherwise known as the “Ma and Pa” Railroad, ran through Bel Air. The station was located between Broadway and Ellendale St. on Rockspring Ave. The tracks were dismantled in 1958 and are now the home of the Ma and Pa Walking Trail. This popular trail cuts through the wooded sections of town and by Heavenly Waters Park.

Walking and Cycling Opportunities Are Plentiful

While the town may be smaller than most, it offers plenty of opportunities to stay active. There are multiple areas in Bel Air where people can walk, run, or cycle. The Ma and Pa Heritage Trail is one of the most popular scenic paths. This trail also connects to Forest Hill and is designed to preserve the Maryland & Pennsylvania Railroad. The communities and neighborhoods are also walk and bike-friendly, with several map and trail routes available throughout the town.

There Are Lots of Things to Do

Whether you’re a local or just visiting, Bel Air has lots of things to do that appeal to all ages. Rockfield Manor, Jerusalem Mills, and the Hays House Museum are just a few interesting sites to visit in the city. If you head to Rocks State Park, you’ll find several recreational facilities to enjoy. The area is also home to multiple golf courses, art galleries, and festivals that are typically held during the warmer months of the year.

While Bel Air has an overall positive tone, it does have its dark periods in the past. In the early 20th century, several fires struck downtown Bel Air, with fires in 1900 and 1942 being some of the worst in the town’s history. Decades later in 1972, another major fire swept through the east side of Main Street, causing millions of dollars in damage. 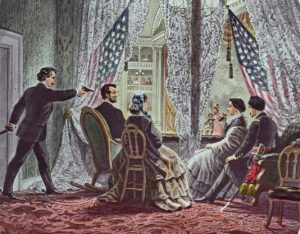 You may recognize the names of several notable people that were born or lived in Bel Air. In government, U.S. representative and physician John Archer was born here, as well as John Wilkes Booth, the assassin of President Abraham Lincoln, and Congressman Herman Stump.

Bel Air has earned its slogan as ‘The Heart of Harford’ with its rich history and abundance of modern appeal such as regional medical facilities, entertainment, shopping, and recreation opportunities. It has become a great place to live and visit.

Previous -> Things to Do In Bel Air, MD